Say NO to Enviva’s expansion! 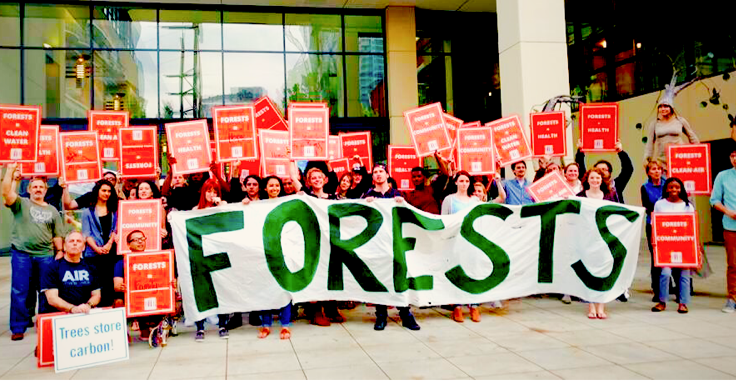 Every single year, the wood pellet industry destroys tens of thousands of acres of Southern forests, turns them into wood pellets, and ships them overseas to be burned for electricity in faraway power stations. The world’s largest wood pellet producer, Enviva, is responsible for the bulk of this destruction.

From day one, Enviva has relied on deception and misinformation to lay the groundwork for their rapid expansion — from their carbon footprint, to their impacts on local air quality, to their sourcing practices. Now, they’ve applied to expand yet another one of their facilities: their Northampton mill in northeastern North Carolina, where Enviva is just one of many environmental injustices the surrounding community faces.

Say NO to Enviva’s expansion. Be sure to submit a written comment to the Department of Environmental Quality and Governor Cooper, urging our leaders to stop the expansion of the wood pellet industry.

The deadline to comment is Friday, August 23, at 5pm!

If the expansion goes through, Enviva’s production capacity at Northampton would rise to over 780,000 tons of wood pellets per year. That requires over 18,000 acres of forests to be cut down each year to feed that facility alone (one of four in NC) — that’s more clearcuts, more carbon in the atmosphere, more dangerous logging trucks on the road, less habitat for wildlife, and less protection from natural disasters.